What they do is should always be on top shape and anyone who threatens this is considered an enemy. And because of each other's blunt honesty, both can inevitably hurt each other's feelings and self-confidence. Many of the issues between them are often left behind and unresolved because instead of putting action into words, both would prefer to speak than act, and blow things up.
And when it comes to the overall spark between two Sagittarians can merit a high rating. Both are gregarious and social beings who love to do outdoor activities that will satisfy their adrenaline cravings. Both will enjoy travelling and doing things out of the ordinary.  And because of their legendary persona to take the plunge no matter what, two Sagittarians will never bore each other.
More so, trust and honesty will never run out between them. It is unlikely that Sagittarians will get jealous or be overly possessive, so long as they see things are going well between them. Relationships between two Sagittarians have higher chances of surviving the odds. They just have to reconsider a few attributes to reconsider to make it last.

Being under the same sign, two Sagittariaus signs will share common personality attributes as well as needs and wants, making their relationship bonded by stability, understanding, and love. As fire signs, both will understand each other's impulsiveness and wild personality.
Nonetheless, clashes may consistantly come between them as they battle for leadership. Sagittarians are known for their competitive streak.

Free Astrological Personality and Compatibility Reports
We use natal Personality Astrology Reports and Compatibility Reports to help souls better understand who they are, and how they can improve their present relationships.
These are very detailed reports, and are done by souls donating their time and energy to help you attain your Spiritual Growth.  You are invited to request one, but we do require you be an active member of our weekly newsletter. 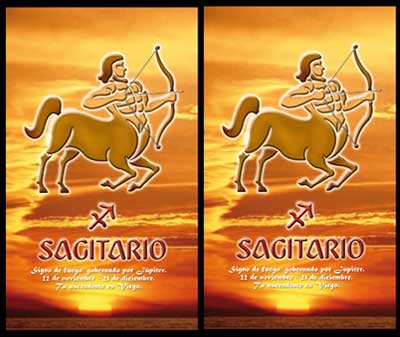 Sagittarius is in love does not require so much need and wants. One thing that stays in their mind though is to be always number one. Being competitive for an archer sharpens their hunter instinct. Their aggression to win over any argument or battle can bring so many clashes and a huge gap if not resolved. Trying to match each other's wit and strength can only end up their good relationship.
More so, two archers will have a hard time keeping each other under control. As coming from two wild and overly confident individuals, no one from the two will try to give in or alter their chosen routines and chosen path. And when one pushing for something, if their minds are not in sync, the other will believe firmly and opposite every attempt their partner will try to make them yield.
And when it comes to communication, two Sagittarius will constantly have clashes. Because of being too tactless, both will easily bruise each other's ego. Sagittarians usually overly the feelings of others, so long as they are true to themselves. You can either love or hate an archer when they start to talk, and the two will not disappoint each other, leaving each other either irritated or hopeless.
What The Relationship Needs
Two archers together in a relationship make a strong pair, but there remain a few issues that they need to consider. For instance, both are highly competitive and will not take things lightly, even with constructive criticism.
What this relationship needs is a whole lot of understanding and compromise. Two Sagittarians must see pass each other's flaws and instead learn to appreciate what they can share and give. They have to put into mind that it will not hurt if they try to give in to try to understand and give in to what the other wants. It would be healthier if they do speak their mind in a calmer and non-offensive way. More so, if they can ignore criticisms that can cut their ego deep, things will always come strong between them.
Two Sagittarian in love together with each other, if to be rated, can merit an eight or a nine. Both are naturally attuned to each other's uniqueness and individuality. Though, they may not be as expressive emotionally, the two will remain strong. More so, if they keep the spark and vitality they have for each other and the will to adjust, accept, and compromise.
More so, because of they are both driven, they will not have a hard time expecting the same standards from each other. In fact, they will be each other's comrade in arms, pushing through their limits in achieving their goals and dreams in life.
Likewise, both know each other too well that they will not try to test each other's patience. Little does anybody know how short-tempered Sagittarians are, and they hold grudges very quickly. They hate being pushed around or being insulted, and they will not dare cross each other's line knowing how overwhelming their rage can be.
There are numerous things to be thankful for between two Sagittarians. Their relationship is full of vitality and strong points.
Both adhere to high standards at all time, making them great colleagues and even as business partners.
And despite their wavering attitude to pursue the minute they have an interest on something, they can actually make good at anything, which is probably brought by their lucky streak.

Sagittarius
Compatibility
Learn the best relationship matches for your sign and find out which ones will be the most challenging for your soul as a tool to help you evolve and improve your relationship through advanced communication skills.
Most Compatible
Most Challenging